Can I Practice “Skype Therapy” Across State Lines? 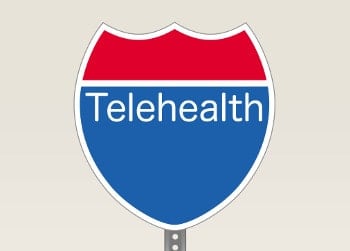 We all know this scene: you do months or years of great work with a great client. They are growing, changing, and you have a fantastic working relationship with them. Then, they decide they need to move out of state.

“I don’t want to have to build up this relationship again with another therapist,” they say, “can you do Skype therapy?”

Can you? The simple answer to the question of cross-state mental health practice is, at this time in history, “only with a fair amount of logistical work and a dash of good luck.”

This doesn’t make sense. I am licensed in my state. Isn’t that enough? 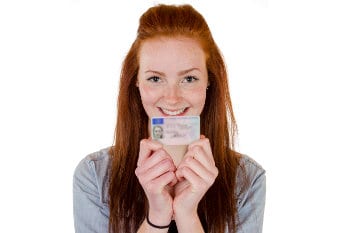 Consider the purpose of a licensing board. Boards are there to protect consumers from clinicians acting poorly or in bad faith. They are not there to serve clinicians or to help us do better work. Some may choose to do so, but that is not usually their mission.

When you work with a client in a foreign state, your work is in both that state and your state. The purpose of the licensing board(s) in the client’s state is to regulate who is working with that client. Thus, they don’t take kindly to outsiders who “Skype in” willy-nilly.

Yes, this state of affairs creates some mighty odd outcomes. For example, I work with English-speaking folks in Japan via videoconferencing. Most of my clients are Americans who live and work in the land of the rising sun, where mental health counseling is unregulated (caution: licensing issues are far from being the only concern around international telemental health practice.) When those clients return to the States, however, we have to terminate therapy — unless they move to Oregon, of course.

Is there no way to be able to work in multiple states?

Some clinicians are licensed in more than one state.

Here in Portland, Oregon, for example, we sit just across the Columbia River from Washington. A lot of therapists around these parts hold licenses in both states so that they can have a reasonable amount of portability.

Assuming telemental health practice is legal in all states where you are licensed, and the client’s state allows practice by therapists who are outside of the state at the time of sessions, having multiple licenses will increase your flexibility and reach.

That said, working across state lines based on multiple licensure still requires a bit of thought and diligence.

As an example to work with: around March of 2014, attorney and professional counselor Eric Strom compiled licensure requirements and rules regarding telemental health for counseling licensure boards in all 50 states.

Strom noted that the rules governing licensees across states don’t always agree. For example, counselors, MFTs and clinical social workers in some states are legally allowed to use the word “psychotherapy” to describe their practice. In other states, that word is reserved only for psychologists. An MFT, for example, who lists herself as a “psychotherapist” based on the rules of the state where she resides, may violate the rules of another state where she has recently gained licensure. She may be violating the rules of one license while following the rules of another.

As such, it is wise to perform the same due diligence regarding licensed practice in foreign states as you would in your home state, and to specifically look out for conflicts.

Of course, you also need to consider the challenges of attaining licensure in a new state where you don’t reside.

In cases where therapists don’t wish to hang a shingle in a foreign state, but rather wish to help an existing client who recently moved to that foreign state, there could be a simpler solution than seeking a new license. Some states allow clinicians in foreign states to practice temporarily so as to help existing clients transition to the new state. Strom reported that as of March 2014, there were 19 states that offered such programs, with differing specific rules. So when the need for temporary allowance comes up, it could pay to contact the licensing board in that foreign state and ask if and when they allow it. 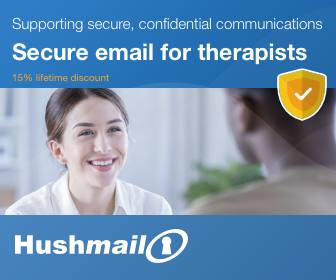 Roy says: Hushmail is one of several secure email options that serves health care practitioners like us. Hushmail is highly trusted, affordable, includes secure forms for your web page, and has earned a recommendation from us for use by mental health professionals. Learn more about Hushmail for Healthcare and get 15% off for life.
(Disclosure: Roy now does a small amount of consulting for Hushmail to make their product better for mental health professionals.)

What if I call it “coaching” instead of “counseling” or “psychotherapy”?

Many experts simply advise against this practice, stating that your status as a licensed professional follows you wherever you go. Rather than make a blanket statement like that, however, I offer an analysis of associated risks:

If you are claiming to be a coach, on what do you base that claim? In most states, this would not be a significant issue for a layman. Coaching generally isn’t regulated by government.

For a licensed clinician, however, there arises a reasonable doubt as to why your practice is “coaching” as opposed to the profession in which you are licensed. Even if clients sign an agreement that they understand the difference, there is no way to guarantee that licensing boards and other applicable authorities will be swayed.

2. How do you differentiate the scope of practice for a coach from that of a counselor, social worker, psychologist, etc.? Can you demonstrate that what you practice online is coaching and not mental or behavioral health care?

Sara Kashing, a staff attorney for the California Association of Marriage and Family therapists, wrote in 2015:

According to the IFC, a coach is responsible for discovering, clarifying, and aligning with what the client wants to achieve;… coaching often relates to career development, achievement, and advancement. While these definitions are instructive to a degree, the lack of a [government] regulated scope of practice could make the boundaries of a coaching relationship somewhat nebulous.

What we see here is that it even with growing self-regulation among the coaching profession, the lack of a legal scope of practice for coaches creates a new risk scenario.

Therapists who claim to be working within the coaching scope of practice could potentially have a hard time proving what that scope is. Since everything that coaches do is within the legal scope of the licensed mental health professions, inability to legally demonstrate that what you practice is purely “coaching” would leave authorities with no other choice but to regard what you’re doing as part of the profession under which you are licensed. If you are practicing in a state where you aren’t legal to practice, this bad risk outcome would likely result in prosecution of some kind.

As a side note: Kashing also makes a good point about advertising:

The practice of coaching and the practice of psychotherapy are clearly distinct and, as such, it is recommended the practices be advertised separately to avoid confusing and/or misleading clients regarding the scope of work performed as a coach and/or psychotherapist. When practicing both professions, the best practice would be to have different business names, separate letterhead, business cards, promotional materials, and websites.

3. What do you do if a remote client’s needs go beyond the scope of coaching practice? Do you have a procedure for this situation? Have you documented it?

Regardless of how you approach it, I would recommend investigating laws and board rules in every state where you wish to work with clients. Consulting with lawyers who know telemental health law is a safe bet. But don’t be discouraged by this advice. With some proper diligence and elbow grease, expanding beyond your own state borders is a real possibility.

And one last thing about Skype: I use “Skype” as my example in this article because it is recognizable. However, I don’t recommend you use it for telemental health for a number of reasons. If you’d like more options, including more full-featured telemental health platforms, check out Jay Ostrowski’s Telemental Health Comparisons website.

Our deep discounts to Telemental Health programs are extended through August 3rd, 2020 as we lean into supporting you for the long haul.
Solo Practices | Group Practices | Dismiss