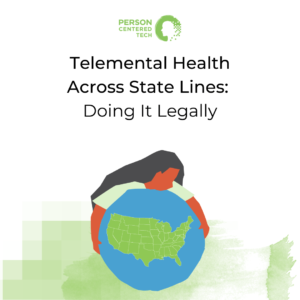 If you’ve been frustrated by the legal barriers which interrupt continuity of care in the US (and who hasn’t, really?), the prognosis is looking good. Transforming our system of regulation is far from an easy process. The good news, though, is that the political will is there in a big way.

Can I Do Teletherapy Across State Lines?

Yes! Sometimes. It depends on the state and on your profession. Counselors, MFTs, Psychologists, and Social Workers all have separate regulators (except when they don’t.)

As the state-level public health emergencies come to their conclusions, the number of states which allow some form of practice by out-of-state licensees has grown considerably. You can discover more details using our updated interstate practice rules lookup tool here. And that’s not taking into account the interstate compacts which promise to even further expand access to care.

Even when we have a lookup tool like the one linked above, understanding how cross-state therapy/mental health practice works can be essential. I like to explain it by describing three basic rules:

First Rule: Licensing Boards and State Departments of Health Are There to Regulate Our Professions

Our clients entrust something very important to us — their mental health care. Licensing boards are there to make sure the public is protected from those of us who violate or exploit that trust. They also work to maintain a certain standard of care among their regulated professions.

Each state has its own particular interest in how it governs itself, and each state maintains the right to enforce its own rules within its own borders. While reasonable people can argue that this is detrimental to the health of Americans — and the COVID emergency clearly showed the states just how detrimental it can be — it is still how things work in the United States.

Before the lockdowns, several states had some form of rule which allowed out-of-state Psychology, Counseling, Social Work, and MFT licensees to practice with clients who travel within their borders. During the lockdowns, many more states opened up to interstate practice in big ways. After the lockdown, we were pleasantly surprised to see that not only did a lot of states decide to retain some level of openness to cross-state practice, but there was a maturation in the robustness and complexity of the newly-created rules.

This growing openness is still predicated, however, on the basic principle that each profession’s licensing board oversees legal practice within its own borders. 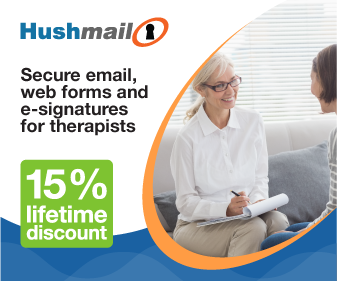 Second Rule: States Have Jurisdiction When a Client or Therapist Is In Their State

There remains some confusion in our field about “residence vs presence.” For example, many theorize that a client has to take up residence in a foreign state in order for that state’s licensing board to have any jurisdiction over their care.

The reality, however, is that once a client sets foot in a particular state, that state’s licensing board takes on responsibility for their protection. In other words, that state’s board gets to decide if you are in compliance with their rules when you work with a person who is inside their borders.

Interestingly, post-COVID changes to interstate practice rules saw at least one state (Arizona) starting to take into consideration the client’s usual state of residence. However, even that special exception is still predicated on Arizona’s ability to regulate professional services for people who are located within their borders. I.e. Arizona’s rules can only consider the client’s state of residence because Arizona gets to set the rules.

In the same vein, clinicians who travel out of state could face the same regulation from the government where they’re located at the time a session happens.

For example, I’m a licensed Counselor in Oregon. If I travel to California and do a teletherapy session from there, the California government would be within its rights to make rules which govern my activity. States rarely do this, however. Governments are usually much more concerned about the client side of things. However, some states have made rules based on the therapist’s location before, so it needs to be a part of your considerations when you work with clients across state lines.

Yes, really! And after most state’s public health emergencies ended around June-July of 2021, the number of states welcoming (limited) practice by out-of-state licensees grew quite a bit. I don’t know about you, but we’re really excited about this!

If you need to work with a client while they’re in a foreign state, it would be wise to first confirm the temporary practice rules (or lack thereof) of that state’s board which regulates your profession. So let’s look at how one can go about doing that.

How Do I Look Up Interstate Practice Rules?

For mental health professionals such as counselors, psychologists, MFTs, and social workers, out-of-state practice rules will usually be in the administrative rules of the licensing board which regulates that profession. They could also, potentially, be in some general telehealth or telemedicine law.

At Person Centered Tech, we’ve compiled a lookup tool to help you find rules for interstate practice in each US state:

If there are out-of-state practice rules in a given state, they can often be a bit confusing. E.g. if they allow temporary practice for 30 days, are those 30 nonconsecutive days? This difference is very important, and that’s why it’s good to get clarification from that board, if you can.

What the Attorney Says about Telehealth Across State Lines:

For some additional context, we got a contribution to this article from mental health attorney/mental health counselor, Eric Strom, JD PhD LMHC:

The challenge here is the variability in state law. With regard to telehealth provided by a clinician licensed outside of their borders, some states allow it, some states prohibit it, and some states specifically regulate it.

My advice generally is this: “Provide distance counseling to clients located in either states where you are licensed or located in states where you have investigated the regulations and can document that your services are allowed by that state’s laws.”

As wonderful as the news is for interstate practice, state-by-state rules are unlikely to provide the long-term solution we need. There isn’t a national authority, however, which can cut through the issue and generate a working solution.

The long-term answer lies in cooperation among the states. Enter the interstate licensure compacts.

There exists a national organization called the National Center for Interstate Compacts, or NCIC. The NCIC has contributed to the creation of numerous compacts for numerous professions. They’ve covered teaching, cosmetology, dental hygiene, and much more. You’re probably most familiar with the assistance they gave to the interstate compact for Psychology.

What is the PSYPACT?

The PSYPACT is an interstate compact built to expand the reach of licensed psychologists. It went into effect in July of 2020, and has been adding states ever since. See the PSYPACT site here.

What is the Counseling Compact?

Quick on PSYPACT’s heels, we’ve also seen the initial formation of The Counseling Compact. It will become active when it hits 10 member states. It has already gained members much faster than the PSYPACT did. So it’s looking promising.

Is There an Interstate Compact for Social Work?

The NCIC has already held meetings for a Social Work compact.

We haven’t yet seen a compact specifically for MFTs. The word is, however, that the Counseling Compact will cover them. Whether that turns out to be accurate or not, we’ll keep you updated on the topic here.

Working with clients who move between states is a sticky prospect. Sometimes it works out just fine, and other times it appears to be impossible. Do remember that multi-state licensure is an option, if it comes down to that.

This state of affairs won’t be permanent — all of our national associations are working on some kind of project for making cross-state practice more doable. In the meantime, however, we just have to breathe through the growing pains and do our best.

Cross-Border Practice in the Age of Telehealth